The Secrets of a Model

Photo Source
"Janna, why do you and your friends look like that in all of your photos together?" my mother asked me.

"Well, Mom, that's because we all found our good side.  And when you find it, you gotta stick with it," I answered.

My brother was a model, actually the Gucci model for a year.  And how he got that gig, we could never figure out.  I mean, he was handsome enough, yes, but people spend years of their life trying to make it big, “get noticed,” if you will.  And here was my brother who walked into a modeling agency and said, “Hey, think I could make some money doing this so that I could go rock climbing whenever I want to?  Dude.”  Within one short year, he was the Gucci model!!!???  Come on, I say.  How unfair to all of the people who have tried for so long to make it in the spotlight.  He cut right to the front of the line.

Well, it was pretty exciting to see my brother in some major magazines, to hear of all the people he was meeting, Owen and Luke Wilson, Heidi Klum, and so on.  I was intrigued and had many questions.

“So how do the people who don’t look that pretty in real life look so good in pictures?  You gotta tell me your model secrets,” I said to him.  I was aware of the popular television program America’s Top Model, the show that inspired my new smile.  There were many models on there that didn’t look like model material, but when you would see them in photos, low and behold, the model caged within would be released.

“Find your good side,” he said in response to my questioning.  “Models know how they look best behind the camera.”

“What?  Tell me what you mean.  Explain yourself,” I urged him to go on.

“They know their best angles and best poses and they stick to these poses,” he explained.

Ahhhh, there was a trick to this modeling thing.

Do you know your pose? 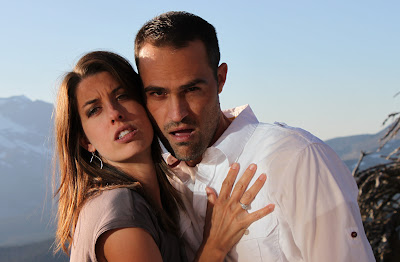 So I had my own photo shoot to find my own model look.  I angled my face slightly to the left, and then angled it to the right, and then one front on, looking up, looking down, smiling, serious, sexy.  Click.  Click.   The camera and I were one.  The lioness in me was beginning to roar.  Work it.  Work it.  You know you look good.  Flash.  Flash.  Then the photo shoot came to completion.  I took the camera back from my five year old son.

I looked at my pictures.  Now which one was Gucci material?

Ahhhh!  There it was.  A little turn to the left, a slight angle downward, oh, not too much, so to avoid any doubling of the chin.  Oooo, lovely.  My look.
My pose.


The camera will never see me without it.


So, see this picture, Mom?  Don't we all look absolutely great?  That's because we are models too.


Here we are in Paris. 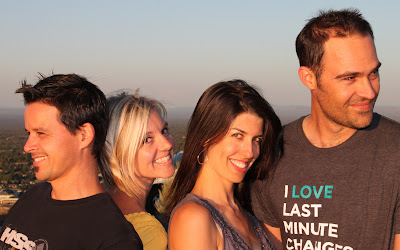 And here we are in New York. 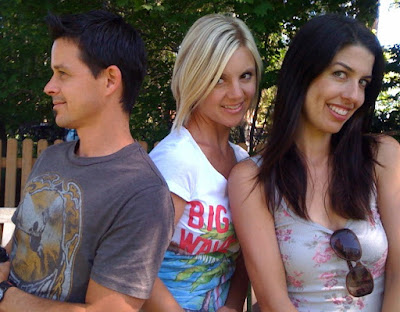 Fabulous.
Posted by Simple Life Journey at 9:13 AM