It was time to pump him up.

Photo Source
Okay.  Okay.  The problem before me became as clear as day.  I had seized control over the leadership of our family, and it wasn’t good for me, for him, for our kids.  So how could I encourage my husband’s leadership of our family?   What was I willing to give up and let him be in charge of?
Oooo, this was hard to do.  Give up control?!

I started to think of things to hand over to him.  I would put him in charge of something, and I would not question or change his decision.

But what would I be okay with handing over?

We were sitting at a restaurant getting ready to order.  I sat fumbling aimlessly through the menu.  I sighed deeply, frustrated at not knowing what to order.  “Do you know what you want?” I asked him.  “Yeah, do you?” he asked me back.

“No, I don’t know what I want," I responded. “Every time I order something I don’t end up liking it,” I sunk my face back into the menu waiting for the perfect meal to reveal itself to me.

We were very familiar with this scenario.

"Janna, you don't have to order what the server suggests if it doesn't sound good to you."

"Dan, yes I do.  Have you seen When Chefs Attack?  It is worse than When Animals Attack." 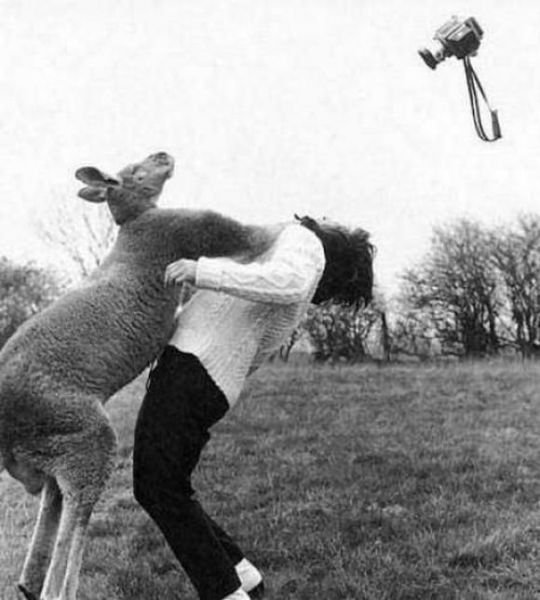 Photo Source
So I would end up with a meal I didn’t care for, and do you know what my husband would do?  Now this might be the most romantic gesture ever.  He would trade his meal with me.  “Thank you, Honey,” I said as I looked at him, so impressed with his selfless love.

“You love me,” I said as he passed me his plate.

“I love you,” he said as he slowly lifted a fork full of flavorless food to his mouth.

What love, yes.  But he began to get tired of eating gross meals, so right then and there, as I was staring at my menu, an idea popped into my head.  “Will you order for me?” I asked him.  He looked at me surprised.  “Are you sure?” he asked me, looking interested at this idea of ordering for his woman.

“Dan, I always like your food.  That’s why we always end up trading.  If you order for me, we can both eat a delicious meal,” I responded.

The waitress approached.  "Are you ready to order?" she asked, looking at me.

"I will handle this," my husband said in a deep, suave voice.  His hand reached over the table to rest atop of mine.  Chills ran up and down my spine.  "Oooo," I sang in response.  "She will have the blah, blah, blah, blah," he said in French.  "Oh," I found myself blushing, "What did you order me?"  "Shhh," he pushed his finger against my lips, and then he raised my hand and pressed his lips against the palm of my hand.  Oh my.  Handing over leadership could be very interesting.

"Dan, you ordered us the same thing," I said, puzzled.

"Yeah, just in case we have to trade."


So my husband orders my food for me, and I find him to be very capable, masculine, and sexy when doing so.

But now....well, now we have a different problem.

Whenever I go to a restaurant without him and the server asks me, “What would you like?” I stare at them blankly.

Posted by Simple Life Journey at 7:38 AM