Once a week I take a moment to interrupt my simple life journey to share with you some extra bonus material to make you smile.  Enjoy!

This post is dedicated to Shanon who passes Simple Life Journey around her office on Monday mornings for a good laugh.  Here's to Shanon's office at Austin Peay State University in good ol' Clarksville, Tennessee.  Go APSU! 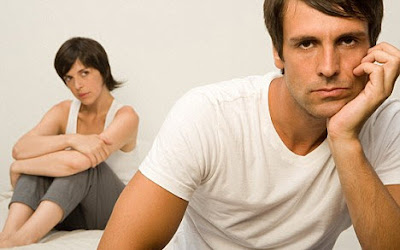 [Photo Source: Cheatingpartners.org]
There are certain expectations, or “rules”, women have for men.
We want them to be able to read our minds, telepathy, if you will, transferred by the look of an eye.
We want them to listen to our problems.  I mean really listen, as if they were watching a football game.
We want them to pick up after themselves.  Those little tightie whities aren't as cute when they are lying on the floor.
We want them to be honest with us, but not too honest when it comes to our physical appearance.  Do you think I look like Megan Fox?
And the list goes on and on and on.
Well, my pastor was doing a series on relationships, and he threw out a topic, attempting to persuade us women to let go of.  The topic...
Men not putting the toilet seat down.

I could see all of the wives begin shifting in their seats, leaning forward, like they were preparing for battle.  The church became still, a dead calm.  From the pulpit I heard the pastor pondering as to why this would be the cause of great strife in marriage.  Why couldn’t a woman be so kind as to take care of that small issue for her man?  A sweat bead began to form on my lip and brow.  The side of my upper lip lifted into a slight snarl.  My palms and pits became clammy.  I looked down at my sides; two wet rings had taken shape.  You know, I might agree with him on other topics such as picking up his socks for him or taking up his dirty dishes to the kitchen sink.  I would not love to do these things, however, I would do them.  Ohhhhh, but as for the toilet seat issue, I am not sure that my pastor is aware of what can actually take place to a woman when a toilet seat is dangerously left ajar.
It was the middle of the night.  You know, the time when you should be sleeping your finest sleep but your bladder keeps nagging at you until you finally concede.  “Okay, okay,” I said to my bladder with irritation.  It demanded relief, and if I did not give in, we would be having a different problem, all over the bed.  I sleepily made my way to the bathroom, avoiding any turning on of lights that might sting my eyes and awaken me anymore than I was.  I was attempting to stay partially asleep by tilting my head to one side, keeping my eyelids closed except for a tiny slit of vision so I could see where I was going.  I was trying to trick my mind that I was still in a sleeping state.  I will take care of this fast.  It will hardly be an interruption to my slumber, I said to myself.
There the toilet was, my thrown, awaiting my arrival.  I turned around, slowly, gracefully lowering myself down upon it.
Suddenly, the crescent shaped slits of my sleepy eyes took the shape of two full moons.  Because at that very moment, like a submarine, my butt experienced submersion, submersion into the cold, icy waters.  And before I knew it, my bottom was splashing wildly within the toilet’s chambers.  Water was splattering all over me, all over the walls, like a blender without a lid.  I almost became frantic.  Why can't I get out?  My butt was acting as a cork; the suction was too strong!  "Freedom!" I called out.  And at that instant, the toilet decided to liberate me from his clutches.  I was spit out onto the floor before me.  I lay there in a puddle of toilet water, one of the lowliest places a woman could find herself.  I tried to pick up my heavy head.  Slowly, with my hand, I wiped the wet hair from my eye.  I took a moment to collect myself, to rally up enough self respect and strength to pull myself up off of the ground.  Once to my feet, I ran as fast as I could to the shower, leaving a filthy toilet water trail on the floor behind me.  I was just doing the backstroke in the toilet, and my body needed complete disinfecting.  Where's my homemade disinfectant vodka spray when I need it the most?  So I set the water temp as close to the boiling point as possible.  “Ouch.  Ouch,” I called out as the water burned my skin.

My husband must have heard my cries because he was standing at the shower door half dazed and confused.
“What are you doing in the shower?” he stood looking at me, mouth wide open, baffled at this unusual activity of bathing in the middle of the night.
“I fell in,” I glared at him when I said it.
“You fell into what?” he asked confused as to how someone could fall into taking a shower.
“I fell into the toilet, Dan, and I almost couldn’t get out,” I said, making my voice sound as angry as it could.  “My butt was just submerged in a cesspool.”
Leaving the toilet seat up is not a silly little argument between the sexes.  No, it is actually a major safety issue. This is a very, very dangerous behavior of a man.  And this may be happening to many wives.  I don’t know.  It’s kind of embarrassing to talk about, so I don’t just tell everyone.
So this is to my pastor:  Men leaving the toilet seat up is a big deal, a very big deal.  Pastor Ken, pick a different issue for us women to let go of.  But, PLEASE stay away from my toilet seat.