My Second Cousin Once Removed: A Link to my Past 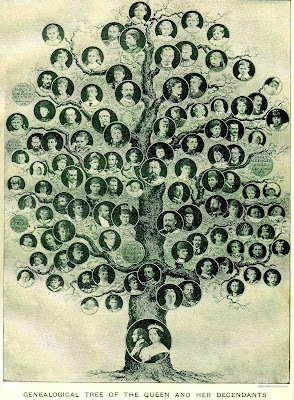 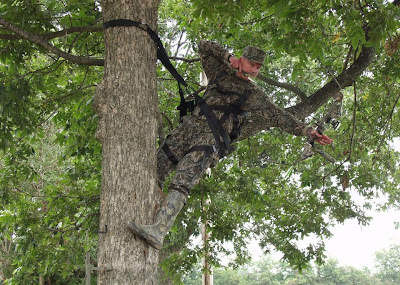 He hangs from trees, covers himself in deer pee, has perfected his elk call, and can sit awfully still for hours.  He has a freezer full of meat that lasts him all year, and he has animals hanging in his garage, as well as skulls of bears, and claws and teeth.  I have heard all of the stories.  My dad idolizes him because of his feral ways in the wild.  Jeff this.  Jeff that.  My dad can go on and on, each story becoming more elaborate with each telling.
We walked into Jeff's house; he hadn't arrived home from work yet.  As I walked into the country home, it was as I thought it would be:  charming, inviting.  His wife, Carrie, toured us through their home.  There was a quaint sitting room and an open country kitchen with a window framing a beautiful picturesque view.  We walked around past the kitchen, past the stairwell, and dun, dun, dun, dunnnnn, there it was, The Wall.  It was lined with all sorts of stuffed animal heads, numerous sized deer, a moose, a fish.  And there on the ground below, was a bear, a stuffed one, frozen in his last stance.  It would be startling me in the middle of the night.  Suddenly I had a great respect for this man who had these magical abilities to magnetize animals into his realm and then, BAM!, take them out. 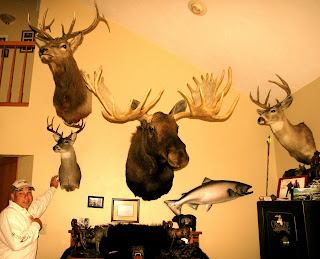 To tell you the truth, I was a little nervous to meet him.  I expected a wild, untamed, burly man to walk through the door any minute and introduce himself to me.  But who came through that front door was nothing what I imagined.  This lovable, warm man with a smile from ear to ear came in and embraced me, practically picking me up off of the ground.  “Cousin Janna!  We are so happy to have you here.”  Right away he began making me laugh.  His personality is Chris Farley come back to life.  Jeff is a wild rascal full of pranks and an eagerness to laugh and make others laugh, and I am not one to miss out on laughter.  We must be from the same family.
Jeff grew up with my great grandma in this very valley.  We sat down at his dining room table over a light lunch, and he began telling me of days gone by, when he was little.  Every morning before the start of school, he would wake up before the early morning light of day pierced the dark shadows of night; he would tread on down to the stream, a small journey from his home, to cast lines of string and a heart of hope to land a fish to fry.  Once he caught his fill, he would mosey on over to great grandma’s dwelling to have a fillet ‘o’ fish feast for breakfast.
I never knew my great grandma.  I hung on every word, my mind stretching for a small glimpse of who this person was, of her being, her life, knowing very well that my existence could not be without hers.  Who was this woman?  It is history, only really known by those whose paths interconnected with hers.
“Tell me more,” I sat eagerly listening, attempting to piece this person together into a whole being within my mind.  "Tell me more, Jeff....."

I was all ears.
Posted by Simple Life Journey at 9:41 PM