Once a week I take a moment to interrupt my simple life journey to share with you some extra bonus material to make you smile.  Enjoy!

The question is:
Can a man hear a woman’s voice or is he just ignoring her? Source
I made it my experiment.  I would find the answer, to bridge the gap of communication between the sexes.  It had to be done.  To save our marriage.  To save all marriages.
I made a list of different methods I could communicate with my husband to find which would work best.  These are the methods and these are my findings.
Talking With Seduction.

Of course this had to be a method.  Seduction is a very powerful tool when it comes to men.

I floated across the dining room looking as sexy as I could make myself, my fingers opened wide, pushing my hair away from my face, making me look like a Victoria Secret model.  He would be sure to hear what I had to say.  “Dan,” I called out.  “Dan?” He didn’t even turn his head.  Well, he would be sure to notice what would come next.  I purposely dropped a pen right next to him and bent over, bending as far and seductively as I could while saying, “Dan, can you take out the trash.”  No answer.  He just kept eating his breakfast cereal.
Talking with seduction.  Don’t bother.  It doesn’t work.
Next up:  Singing Your Message
I picked the Happy Birthday tune, and I put my message to it:  “Dan, I need you right now.  Dan, I need you right now.  The toilet’s overflowing and I need you right now.”
Slowly he turned his head, “What?”
“Are you kidding me?  You couldn’t hear what I just sang to you?” I was so irritated.
“What did you say?”  he asked again.
Ugh.
Singing your message.  Don’t do it.  You’ll have to repeat yourself.
The next one to try:  Dance Talking
It’s like doing the salsa.  With a message. 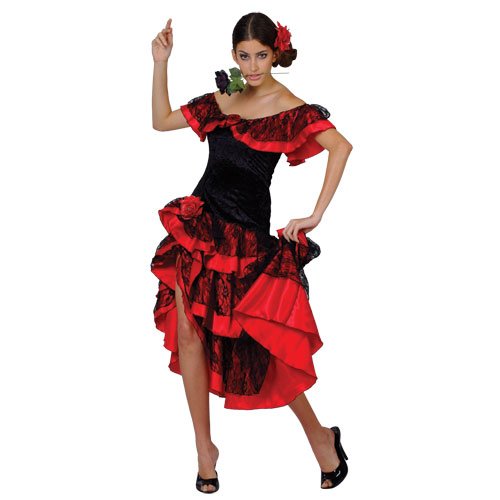 To Order
Outfit may increase the chances of him hearing you.  I don't know.
My research did not include attire.
He was on his computer, looking at it intently.
“Dan.  Hey, Dan,” I said as I breathed heavily from all of the movement.  It was more movement I had had in a long time.  “Can you stop throwing your dirty laundry on the closet floor?”  I wrapped up the message with a sudden turn and a striking pose.
Nothing.
There he sat still working on his computer, more focused than before.
Dance talking.  Just isn’t worth the energy, and you get all sweaty.
I was at my whit’s end.  Was it a fate I had to live with?  My husband can’t hear me or he ignores me; I am not sure which one.  I just need to get used to it?  And then….
I found the solution.  It was one last attempt at what seemed to be impossible.  I looked at my list of methods I had already tried:  Talking with seduction, Singing your message, and Dance talking.  Hmm, all of these had been ignored.  Suddenly a light bulb went on!  He might not be able to hear my voice!  It is probably the wrong pitch!  Just like a human cannot hear a dog whistle, the man cannot hear the woman’s voice.  Yes!!!! The missing link!!!
He was sitting on the floor fixing his bike.  I walked up behind him, and said, “Hey, Dan, the garbage disposal isn’t working.  Can you fix it?”  But I didn’t just say it in my voice.  I decided to try on a different voice, one he would be sure to hear.  I did it in the voice of……
A man.
Which, in all truth, really just sounded like a transvestite.
I disregarded the female high pitched sounds that usually come from my vocal chords.  I softened and lowered my voice, arriving at a bad falsetto.  Would it work?  Maybe he wasn’t ignoring me after all?  Could it be that the tone of my voice was out of his hearing range?  Would this be the missing link to our communication?
Do you know what?  He heard it.  He heard the transvestite voice!
“I’ll be right there, Honey,” he responded, and I was floored.
I found a way to bridge the communication gap between the sexes!!!!
In the end, my findings have concluded:  The man cannot hear the woman’s voice.
Now whenever I really need him to listen, whenever it is really, really important that he hears, I pull out my Francine Justin voice because I am certain that this voice he will hear.
Ladies, you need to change your voice.
And he will get your message every. single. time.
Woman to woman- let’s spread the word, saving one marriage at a time.